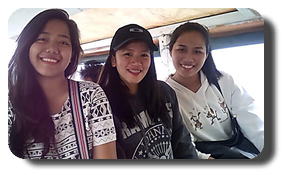 Even though lately we have bad weather we are still receiving guests in our resort.
Cristina with her 2 daughters, Alisa and Sham and her childhood friend Dhay along with another group of aeronautical girls Maika, Joyce and Angie met me in Dela Paz. 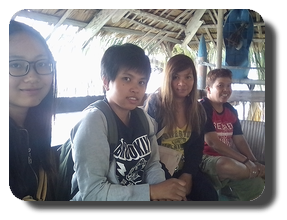 Dela Paz is the port where boats coming from Isla pick up and drop passengers during Habagat (our stormy season). 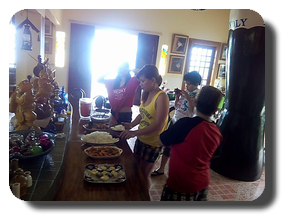 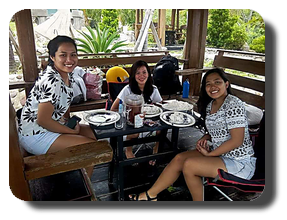 It is the first time for the Japanese girls Alisa and Sham to travel by boat.  A new experience for them.  At first they enjoyed the waves, feeling like they were riding in a roller coaster as the boat dipped in the rough sea.  They kept taking photos. 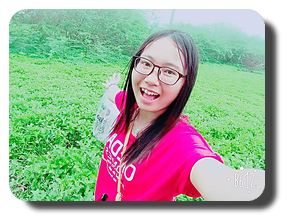 It was the same with Maika's group, who amused themselves doing selfies in the boat.  While we were crossing the passage and the sea was getting more rough Alisa began to feel seasick, but when we reached the shore of Mahabang Buhangin she felt a little better. 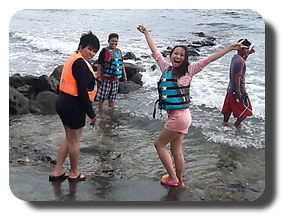 They took a ride on the motorbike to reach the resort.  I took them to their units while Maika's group stayed in our swing. 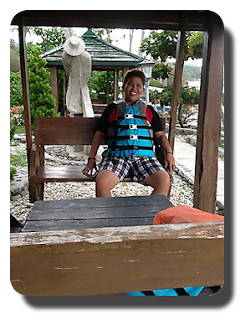 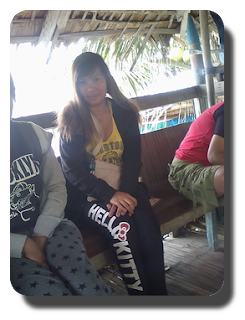 As it was noontime when we arrived I hurriedly made lunch for them as I knew they would be very hungry after their journey.  As soon as I finished cooking I served lunch for them. 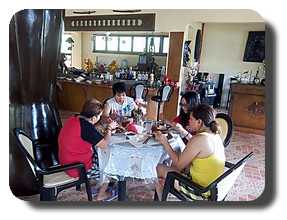 When they finished their lunch, they took a rest and when they were ready they changed clothes and went swimming.    Alisa and Sham had fun with Maika's group. 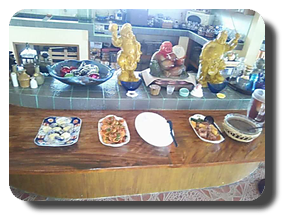 Even though it was raining they enjoyed the waves and collected some shells, but because it was low tide and the waves were a little rough some girls got some cuts from the rocks.  So they decided to take the short walk to Sawang to swim from the sandy beach there. 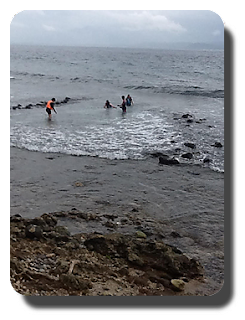 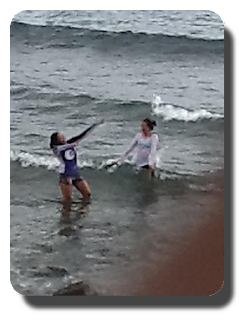 When the rain began I saw them walking back to the resort, and when they arrived they started taking their baths and relaxing. 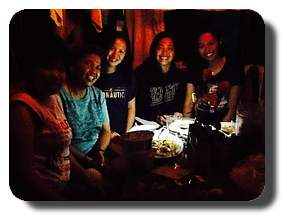 As night came they had an early dinner, for they were only staying for a night.  Maika's group had classes to attend, while Cristina's would be heading off to attend a christening party. 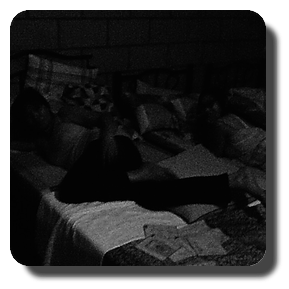 After their dinner, Sham and Dhay moved to their kubo where Maika, Joyce and Angie stayed.  They exchanged conversation and I could hear their laughter.  How happy they were together.

Maika's group promised to come back with friends as they called our place a "Getaway". 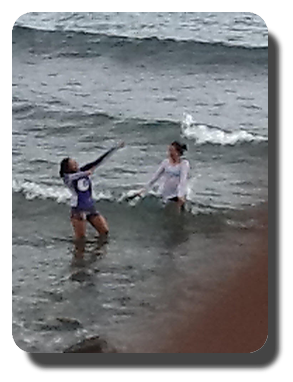 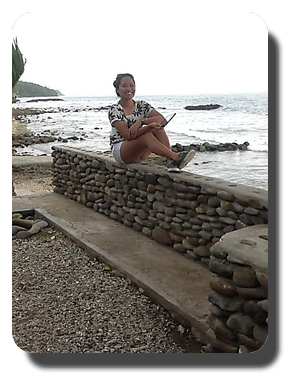 Habagat is our monsoon or rainy season.  At this time of year the weather in the cities can be hot an humid with lots of rain.  It may not always be good snorkelling weather, but an island is stil a beautiful place to relax.  No diesel fumes.  No traffic noise.  Just peace and quiet and someone else doing the cooking... 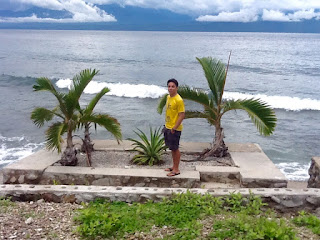 Tony and his friends, JC and Erka, came to Isla Verde after typhoon Butchoy.  Since it was habagat, the southwest wind, the sea was rough and its rainy.  But still they had a wonderful time in our resort. 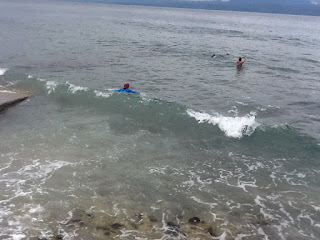 They relaxed in our swing, covered it and hung up the hammock they brought along  with them.  They are mountaineers and beach lovers, so they are well equipped with their stuff and gadgets.  Jayzee who is a seaman, works as a Chef, in a passenger, ship cooked for them.  He cooked sinampalukan na manok, a chicken soup cooked with tamarind flowers and leaves.  He gave us some soup for taste and it is delicious. 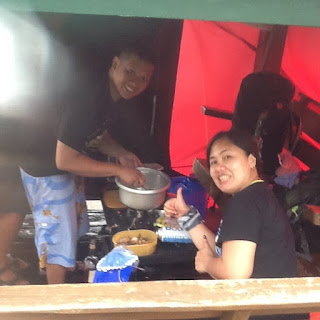 As it was raining, they drank their brandy to keep them feeling warm.  They enjoyed watching the waves splashing in our dikes and hitting their faces.  When night came it was Tony who cooked canderetang baka, a stewed beef with tomato sauce, for their dinner. 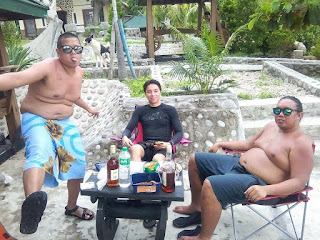 And they drank more brandy and passed the night in pleasant company, then when rain stopped and the sky cleared they were able to watch freely the milky way.

The next day, when they got up, Erka went to shore and collected seashells and they cooked them for their breakfast.  And when the sea got calmer calm they started to go the sea.  Tony went snorkelling, while JC, decided to try some fishing.  Fishing was his favourite sport, so he was able to catch  fish . 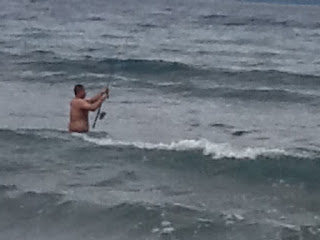 Before noontime, another solo adventurer guy, Rommel arrived.  He stayed in a tent and joined Tony's group for lunch.  The whole afternoon they we're  together, snorkeling, drinking their brandy and Jayzee kept on, cooking pulutan for them. 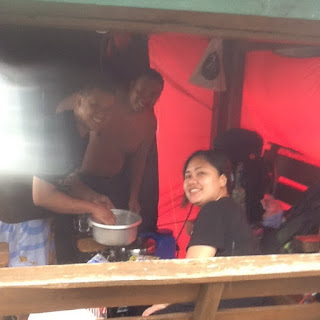 Because the weather was quite cold, their friend Erka  slept well in a hammock.  She got up before sunset.  And started to cook their dinner.   After their dinner, they continued their drinks and they asked our workers Pipoy and Jaja to joined them.

At 10pm they all went to bed so they could be up early to catch the boat and leave at early dawn tomorrow.